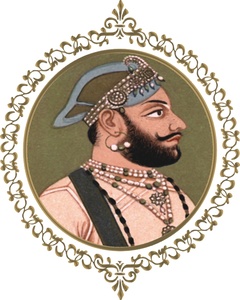 After the death of Maharana Jawan Singh, Sardar Singh was adopted from Bagore family on 4th September 1838 CE. An agreement was signed between the Maharana and his nobles under the guidance of British Agent Major Robinson. In 1839, the Bhils and other tribal groups revolted against the Maharana, To control this revolt, Mewar Bhil Corps was established in 1841 CE and Kherwada was established as headquarter for this Force. Maharana went to Gaya ( Bihar) for a religious visit in 1839- 40 CE. As Maharana became very sick, he adopted his younger brother Swarup Singh on 23rd October 1841.

He constructed Sardar Swarup Shyam temple on the bank of lake Pichola. He died on 14th July 1842 CE.