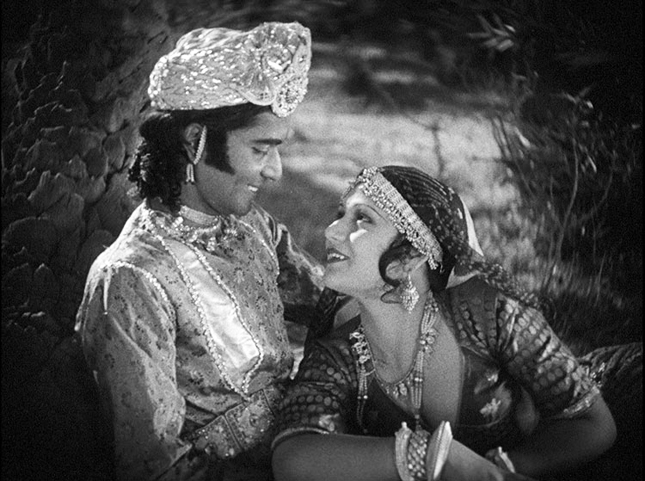 A silent movie that has made so much noise. Over centuries and across continents.

A timeless love saga that climaxes as a reunion of true love and ropes in the passion of gambling and the strings attached. ‘A Throw of Dice’ is a silent film that dates back to 1929 and is based on the pivotal gambling episode of the famous Indian epic, ‘The Mahabharata’.

It’s notable that Udaipur has been a preferred location ever since the early 20’s. It cast its spell over Franz Osten in 1929, the maker of ‘A Throw of Dice’, as well. This was the time of Maharana Fateh Singh ji’s reign who realised the worth of taking Udaipur on a global platform even back then. The beautiful romantic city still continues to enchant people, the world over. A recent modern day Bollywood blockbuster, ‘Yeh Jawaani Hai Deewani’ rings a bell, doesn’t it? Now that’s what we call a ‘Living heritage’ in its true glory! Today, Shriji Arvind Singh Mewar is taking this initiative of promoting Udaipur to the world in full force.

‘A Throw of Dice’ is a visual treat and has been in the British Film Institute (BFI)’s archives since 1945. A New York Times review stated, “There’s hardly a frame in the 1929 film ‘A Throw of Dice’ that doesn’t provide a surge of visual pleasure”, while a Guardian reviewer, Peter Bradshaw, called it, “a rare and fascinating gem”. The Observer reviewer, Philip French, termed it, “a remarkable silent movie”. Digitally restored in 2006, the movie was re-released at the Luminato Festival, Toronto, Canada, in 2008.

The movie had starred Seeta Devi and Himanshu Rai, two gems of the silent Bollywood era. Their grandson, Peter Dietze, Managing Director, Turner Dietze Creative and daughter Christina Dietze from Australia called on Shriji recently. The meeting took place at Shriji’s royal abode, Shambhu Niwas Palace. Peter stated that he is in possession of a lot of material from Devika Rani and truly treasures the collection. He wishes to put up a travelling exhibition of the archival material. Shriji and the entire Eternal Mewar family blesses him to have gestured to not just keep his grandmother’s memories alive but also to immortalize so many legends together, including Udaipur. We wish Peter all the luck in taking this forward. 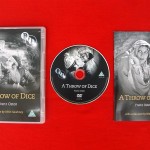 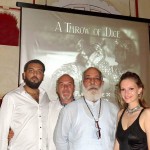 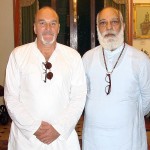 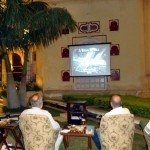