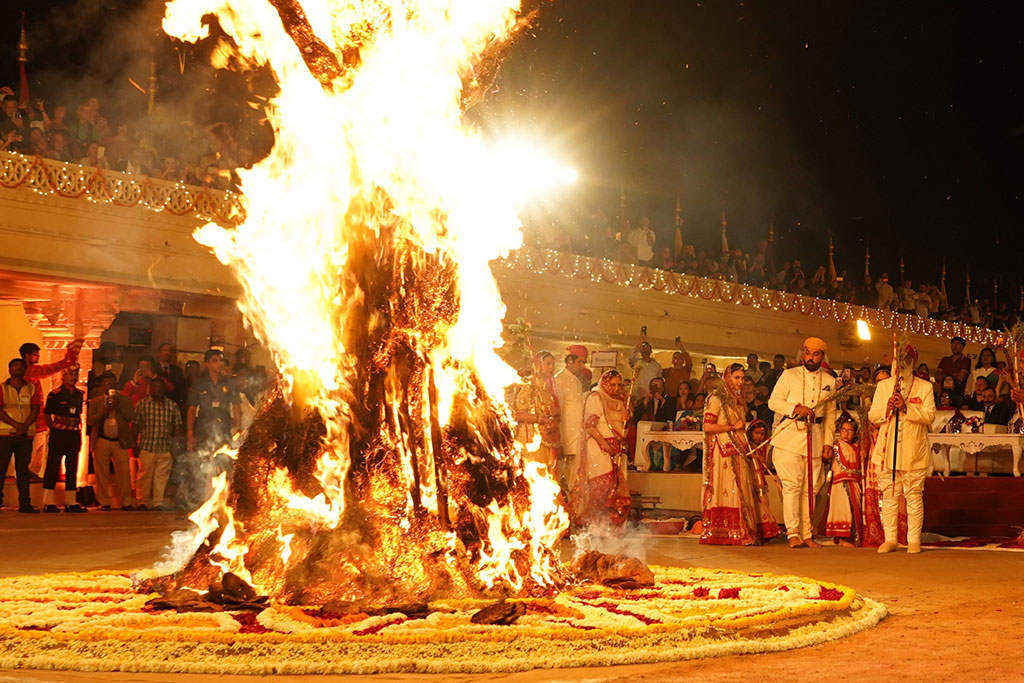 Holika Dahan Celebration 2019 – A Confluence of Royalty, Tradition and Purity

The ingress of one of the most celebrated festivals of India marks the beginning of the spring season. The first day of this most loved Hindu festival is called Holika Dahan where a huge pyre is lit, signifying the victory of good over the demonic Holika.

This year, the Holika Dahan ceremony held at the City Palace of Udaipur was the most magnificent it had been than in recent years. The House of Mewar, well known for following their traditions with the utmost respect, once again showcased its grandeur and royalty at the ceremony. A royal procession comprising of elegantly bedecked horses, perfectly attired palace staff and an impeccably synchronised band leading, marched from the royal residence of Shriji Arvind Singh Mewar, the 76th custodian of the House of Mewar, to Manek Chowk, where the ritual took place.

Manek Chowk was lavishly decorated for the royal ritual of Holika Dahan. At the centre of the square, there was a huge pyre of wood with an effigy of Holika, the demon, atop. After the priests performed the royal rituals, the pyre was lit by the hands of Shriji Arvind Singh Mewar which brightened the impending dusk with its sacredness and warmth.

The rays that radiated from the fire purified the whole arena and brought a wave of positivity. The royal ritual prayer was followed by the traditional folk dance of Gujarat, the ‘Daang’ dance. To witness this great event, tourists and people from different parts of the world gathered and enjoyed the Indian tradition.

As the celebration came towards its conclusion there was happiness all over. The festival that marks positivity, sacredness and purity, culminated spreading smiles everywhere and a feeling of oneness amongst the people of Udaipur. 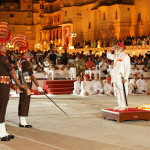 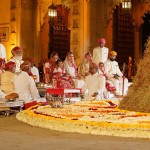 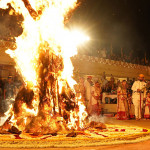 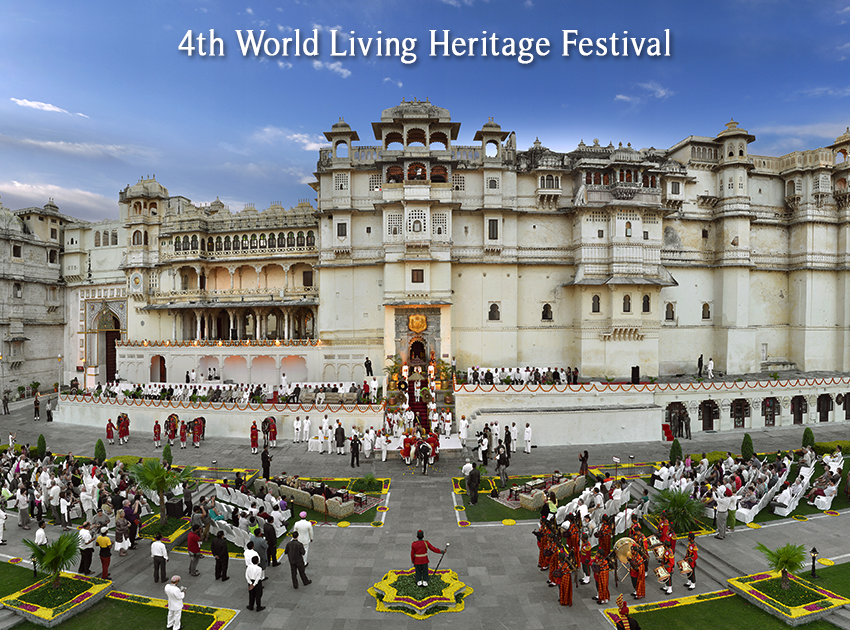 A journey from Pebble Beach to beyond. Via Udaipur!