The land of Mewar has witnessed epic battles, glorious history and a vibrant heritage highlighted by the reign of supreme warriors. But the one legendary King who remains etched in the hearts of millions and continues to be a guiding light and inspiration for Indians is the Hindua Suraj Maharana Pratap.On the occasion of the 479th birth anniversary of Maharana Pratap, the Maharana of Mewar Charitable Foundation, Udaipur celebrated the occasion by a floral tribute to Maharana Pratap’s statue at the Maharana Pratap Airport.

Also, from 1st June to 30th June 2019, a grand exhibition was held at various iconic places which included the City Palace Museum of Udaipur, Ahar Museum, Kumbha Bhawan, Chittorgarh, Maharana Pratap Musuem, Haldighati and Kumbhalgarh. The exhibition provided a glimpse into the life and times of the great warrior King Maharana Pratap And was thronged by numerous visitors who got to know the first-hand information and golden history of the Maharana and the land of Mewar. The title and theme of this exhibition were “Saviour of Self-Respect and Self Reliance: Hindua Surya Maharana Pratap’.
On the auspicious occasion of Jyestha Shukla Tritiya (06th June 2019), MMCF organized a grand fest at the Bhartiya Lok Kala Mandal which comprised of skits, plays, musical performance and poetry recitation by various groups, artists and musicians. The fest was graced by Shriji Arvind Singh Mewar and a huge number of visitors including school students witnessed the musical extravaganza along with a skit by Asmita theatre group on the illustrious life and tales of bravery of the great Maharana Pratap. 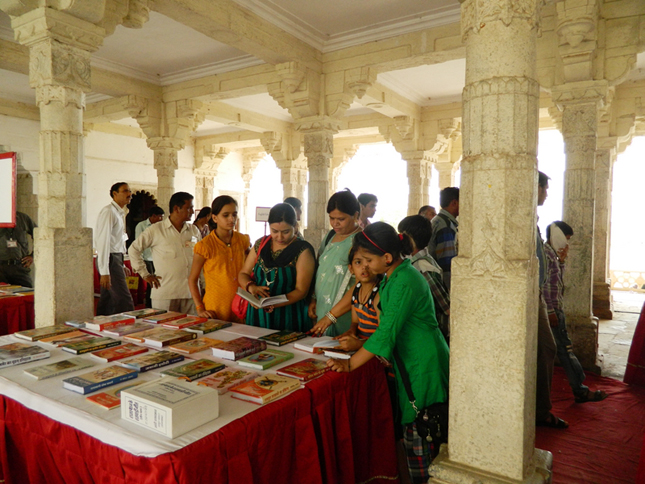 The book wave has hit Udaipur and is taking readers back in time! 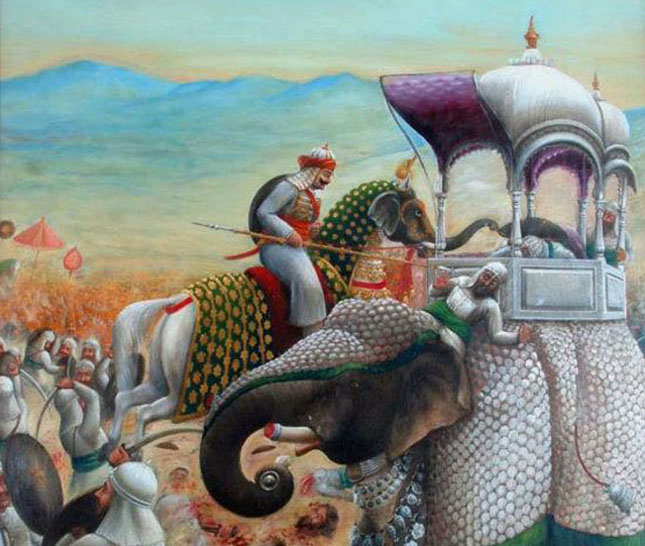