According to the Mughal Farman, the kingdoms of Dungarpur, Banswara and Devaliya were restored to the Maharana. However, these states refused to join the kingdom of Mewar and created menace. So, Maharana dispatched the Mewar army against Dungarpur under the command of Rathore Durgadas, Biharidas and Bharat Singh of Shahpura. Maharawal Ram Singh of Dungarpur could not resist and agreed to pay a hefty sum. Maharawal Bishan Singh of Banswara also agreed to pay a sum. Maharana then started the campaign against Idar in 1728 CE however Maharawal of Dungarpur and Banswara did not join it. After that, Maharana sent the Mewar army under the command of Dhabai Nagraj and Kanha Pancholi to Dungarpur and Banswara. Then, Rathore Durgadas, Biharidas visited Devaliya and then Maharawat Prithvi Singh agreed to surrender.

Maharana’s sister Chandra Kunwari was married to Maharaja Sawai Jai Singh II of Jaipur, for whom the Sisodiya Rani ka Bagh was constructed at Jaipur by Maharaja Sawai Jai Singh. Sawai Jai Singh had accepted the terms to allow her male child to succeed him, irrespective of his age and seniority. In 1728 CE, Kanwar Madho Singh was born, Maharaja wanted to avoid the accession crisis in Jaipur. He requested the Maharana to give the Jagir of Rampura for Kanwar Madho Singh. Maharana gave the jagir of Rampura to his nephew Madho Singh I of Jaipur, who later sat on the throne of Jaipur.

During his reign, the Marathas crossed Narmada valley and came to northern India. In 1716 CE, Maharana dispatched the Mewar army to save the imperial territory of Malwa. Again in 1724 and 1726 CE Marathas created disturbance in Mewar. However, Gopal Pant and Appaji Pant came to Udaipur and requested Maharana to use his influence in Mughal court to agree to their claim for collecting Chouth tax in Malwa and Gujarat. Mughal emperor accepted this proposal. In order to maintain good relations with Chatrapati Sahuji Maharaj, Maharana sent Deep Singh, Mansaram and Bagh Singh to his court.

Maharana Sangram Singh got constructed the triple arched gate of the City Palace Udaipur – the Tripoliya. This kind of construction was not allowed for any Hindu ruler during Mughal rule. He also built the Sahelion ki baadi, Mahal at Nahar Magra in Udaipur. Also, Chini Chitrashali in the City Palace, Canal and Darikhanas in Jagmandir and the cenotaph of Maharana Amar Singh II at Mahasatyaji (Ahar), Sitla Mata temple (Udaipur) and Vaidhyanath temple at Sisarma were constructed during his reign. Jagannath miniature painter from Mewar School flourished in his reign. The Satasayee (1720 CE), Gita Govind (1724 CE) and Sunder Shringar (1726) painting series were illustrated during his reign. 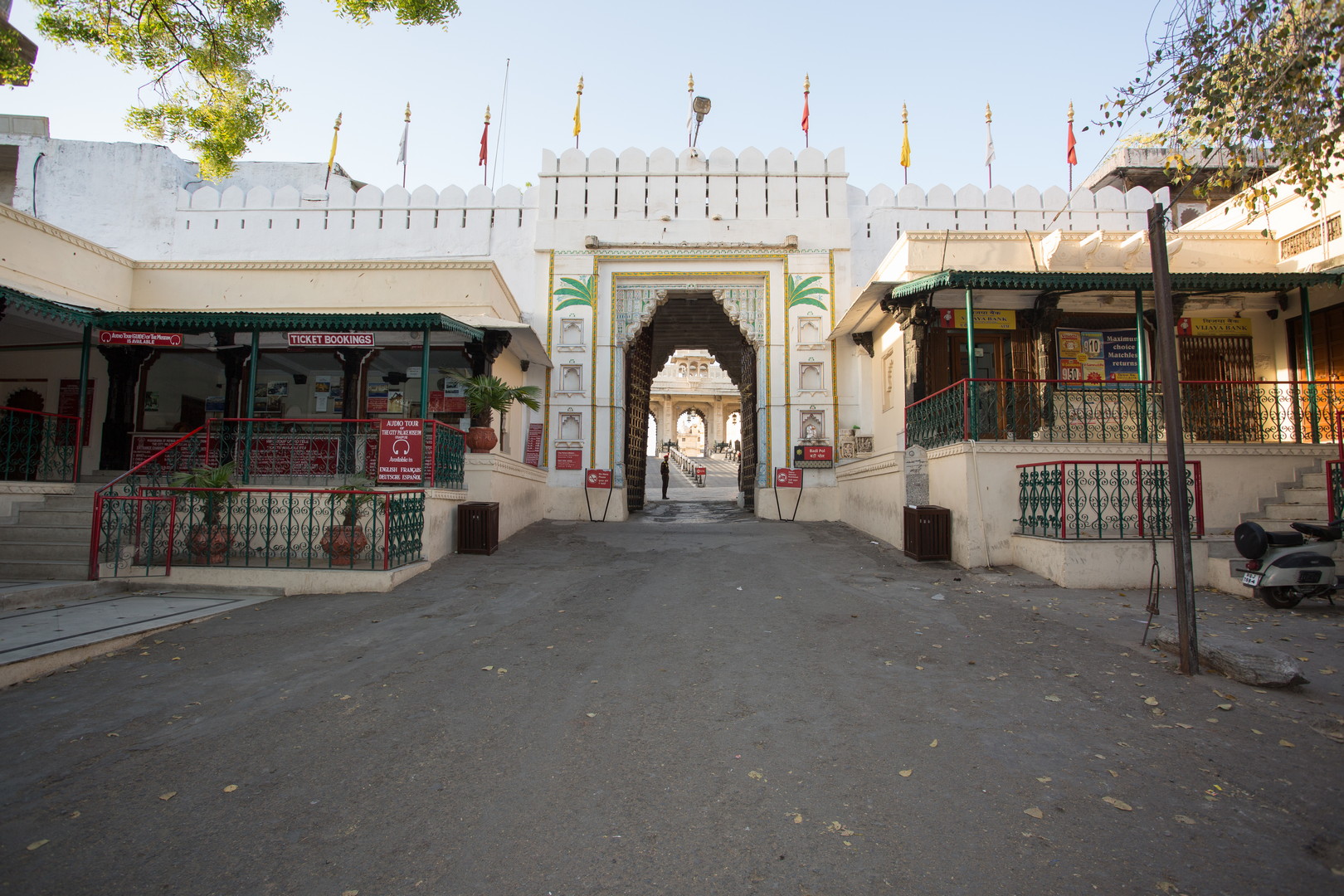